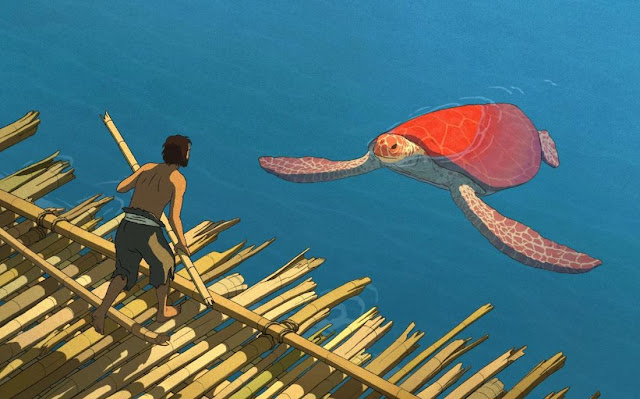 Animation is one of my favorite forms of filmmaking because you can do anything imaginable with it. This year the animated films were excellent.

A company called Shorts HD has packaged four of the five animated Shorts nominated for the Oscar for $8. They can be viewed here: https://play.google.com/store/movies/details/2017_Oscar_Nominated_Shorts_Films_Animation?id=U1xlQnR4Auc&hl=en#details-reviews.

The fifth film is Pixar's nominee Piper, which is available on iTunes. As always, Pixar's nominee has it all. The character animation and lighting are amazing, and the story, although very short, is engrossing. I'm not sure this is the best short of the year though.

Of the four on Shorts HD, I prefered Blind Vaysha, which has dark animation to accompany a thoughtful Russian folk tale. The style of animation matched the tone of the story perfectly, and it's a film I will remember and think about for a while.

Pear Cider and Cigarettes is by far the longest of the shorts, at 35 minutes, but it sustains its time well. I liked the animation, and the music matches the main character of Techno, who is apparently based on a real person, but I think this was a missed opportunity for sound design. The music gets old fast, and the film is wall-to-wall voiceover, but the character is engrossing enough to justify watching it.

Borrowed Time is a nice short, but it has a student feel to it. The characters and animation are good, but the story has no emotional resolution, which makes it feel long even though it is only three minutes. It almost feels like a demo reel for a feature.

Pearl is the weakest film of the lot. An extended music video, with music that is not very good, the film has its heart in the right place, but it does not payoff. The style of animation looks like it was shot on video and digitally animated, but the animation is quite rough. I'm not sure how this got nominated.

This year's features were all excellent. My personal favorite is The Red Turtle, which is still in a few theaters. It's a feature-length film with no dialogue, and most of it with only one human character. And a turtle. It's really beautiful, and like Blind Vaysha, I will be thinking about the film for a long time.

I also loved Zootopia. This is a very important film right now as it has a moral - that anyone can be anything regardless of what they look like. I wish everyone saw this film.

I really loved Kubo and the Two Strings as well. A beautiful story with characters you will really care about.

Moana was also entertaining but I honestly felt like it was a little too long, and the mood shifts were somewhat jarring. I know a lot of people thought it was the best animated film of the year though.

I have not seen My Life as a Zucchini. I believe it is still in a few theaters.

There was one more animated film I loved this year that was not nominated. The Little Prince is a film that will last through the ages. Unlike other films which have tried to adapt short books into feature length and failed, this film adds a nice layer of depth to the book with the new material that they added to flesh it out to feature length. It is also great family entertainment.

I also very much enjoyed The Jungle Book, which has a live action main character, but almost everything else in the film is animated digitally. This one was of the best films of the year in my opinion. It's nominated for Visual Effects and I think it will win as most of it passes as live action even though it is not.