I was very pleasantly surprised by KUNG FU PANDA, a film so good that in most years it would have won the Oscar in the animated category, but alas, this year it is up against WALL•E.

A very well written script, well cast, fantastic animation, and great sound design, it's a movie for everyone. I very highly recommend it!
Posted by Bondelev at 1/31/2009 09:32:00 PM 3 comments:

I was pleasantly suprised by QUANTUM OF SOLACE. Reviews were mediocre, and it somehow slipped off the radar, but with nominations for both CAS and MPSE awards, I watched it for sound. And enjoyed all of it. Craig really is a good Bond, and the film was very well paced (at the shortest run time for a Bond film).

One of the most entertaining nights for bad singers, NY and San Juan were buried together in one hour. Strange pacing so far this year, the first round seems to have gone on forever.

I did find out yesterday that the woman who cuts my hair was a contestant a few seasons ago, which is pretty weird.
Posted by Bondelev at 1/29/2009 09:03:00 PM No comments:

A strange vibe in Utah, but a lot of good talent.

I'm surprised there is a third night of AI this week. Ney Or is always interesting, but the word on the street is that the footage from Puerto Rico is unwatchable.
Posted by Bondelev at 1/28/2009 10:14:00 PM No comments:

If last night's show was an example, avoid Jacksonville if you are interested in music. There were only a handful of singers passed and most of them did not deserve it!

So perhaps I'm not the best audience for the film. Most of the film is very well written and involving, especially when it focuses on Frost.

Not so much on Nixon. Stone's film was certainly not great, but Hopkins created an interesting and deep character for Nixon without making him a caricature. Langella may have been passable on Broadway, but his Nixon impression on film is not even remotely convincing. And if you don't buy Nixon, you don't buy the film.

Even worse, it seems that the real story wasn't interesting enough, so the writers felt it was necessary to add imaginary scenes with Nixon. There's a lengthy phone call monologue in the film that is completely out of character with the Nixon in the rest of the film. Perhaps if they had portrayed Nixon as rip-roaring drunk (as in the opening of Stone's Nixon), it would have been a believable character change, but in this film, it breaks believability.

It was such a fascinating piece of history though, I recommend the film nonetheless, and then go rent the DVDs of the interviews.
Posted by Bondelev at 1/26/2009 01:11:00 AM No comments: 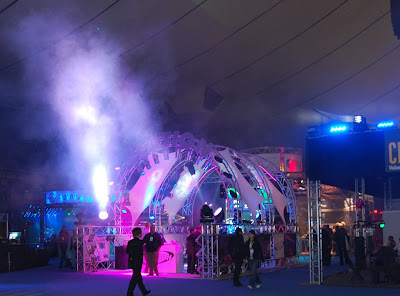 NAMM was pretty big this year. I went Sunday, which was probably a slower day than others. There were a lot of traditional instrument manufacturers, which is a good sign. I went a few years ago and it was almost all electronics.

With the exception of a few software upgrades, most of the big news had already been introduced in previous years or at other trade show. This resulted in a fairly boring show.
Posted by Bondelev at 1/18/2009 05:12:00 PM No comments:

I'm starting to dislike the judge. Her comments never add anything new, and are not critical enough.

Otherwise not a lot to write about. They really need to stop stretching the show to 2 hours when there is not enough material. The bad singers are getting old fast.
Posted by Bondelev at 1/14/2009 11:26:00 PM No comments:

AI premiered tonight with its usual silly bad singing, which is some of the most entertaining material.

Not much new to say. The new judge is a waste of time, people only care what Simon thinks anyway. Although the best moment was Ryan Seacrest holding up his hand to high-5 a blind guy, who of course just stood there staring into space.
Posted by Bondelev at 1/13/2009 11:23:00 PM No comments: 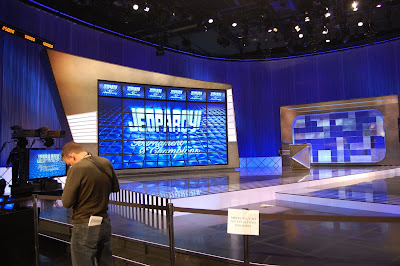 The consumer electronics show in Las Vegas opened on Thursday, and as usual it is quite an event. Attendance in both exhibitors and attendees is down about 10%. Crowds were noticeably smaller, especially in casinos, and rooms were readily available cheaply even at the largest trade show of the year.

The biggest exhibitors were once again flat-panel displays. They continue to get larger, cheaper, adn thinner, and they look great. Otherwise there were not a lot of amazing new inventions that looked great.
Posted by Bondelev at 1/10/2009 12:33:00 AM No comments:

Tonight the CSO played the entire score to THE WIZARD OF OZ live with the film. The last time I saw the film in a theater was in 1999 when they did the 60th anniversary release. They have done a marvelous restoration, but hearing the orchestra live was really amazing. The film itself stands up amazingly well considering that it's just shy of 70 years old, and the audience (although small) still loved it. And hearing the live orchestra brought out parts I had never heard before in the music.
Posted by Bondelev at 1/10/2009 12:30:00 AM 2 comments: 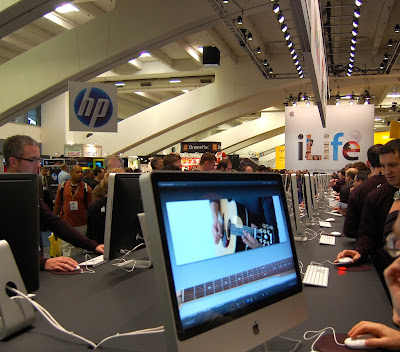 I've been going to MacWorld for many years, in San Francisco, Boston, and New York. As I've reported in the past, the show has changed drastically over the years. It used to be about computers! Now it's mostly about iPod and iPhone accessories (much like Apple). There are big rumors before every show, and a few turn out to be true in Steve Jobs legendary keynotes.

This year, the rumors before the show overshadowed the show itself. Steve was rumored to be sick, very sick, based on a serious weight loss. He then canceled his keynote appearance, fueling the rumors. Finally the day before the show, he gave a press release explaining his weight loss was due to a hormonal imbalance. Strangely, stock prices went up after the press release, showing how closely Apple is related to Jobs.

To add insult to injury, Apple also previously announced that this would be the last MacWorld they would be attending. Although IDG announced this would not be the last MacWorld, there's a high probability that it will be. Jobs has had a long love-hate relationship with MacWorld. He moved the Boston show to New York and then quit going to that show which drove the show out of business.

As a result, the whole show seemed to have the atmosphere of a wake.

I missed the keynote, but there were virtually not exciting announcements. Very little new software for the iPhone, and no new hardware, despite the rumors of 32 Gig iPhones. Precious little new Mac hardware, with upgrades only to the 17" MacBook.

Most of the upgrades were to iLife and iWork, two software packages most professionals could do without. The only noteworthy upgrade is to iPhoto, which incorporates facial recognition. Unfortunately the demo I saw was maybe 70% accurate. Not ready for prime time. Also adding GPS data to photos for indenifying locations, but this has been availabel on other professional cameras for a while. 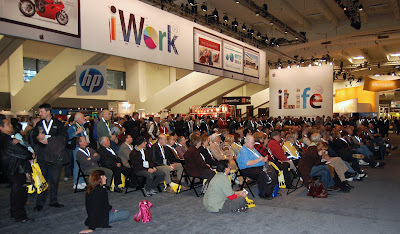 For a couple of years I've been watching a series on the History channel about gang life called GANGLAND. It's pretty amazing what goes on in gangs in almost every city, that most people never know about.

GRAN TORINO is an excellent film. It's one of Clint's best films as director or actor and very well written. The role is very different for Clint, he plays a old racist whose neighborhood has gone from white to Korean and overrun with gang activity. Although the character is painted with broad strokes at the beginning of the film, it's interesting to watch the character develop as he befriends a young Korean boy who lives next to him.

The film has its flaws. The third act seems to come out of the blue, and the tonal shift is jarring. Although life can be like that, especially when dealing with random gang violence, in the movie it seems awkward. And once the film shifts from "comical old geezer" to "elderly Dirty Harry," the actual ending seems inevitable and the twist is predictable.

However, there are many good things about the film. One example would be the relationship between Clint's character and the local priest.

BIG TIME SPOILERS! DO NOT READ IF YOU HAVE NOT SEEN THE MOVIE!

Clint's wife had left a dying wish for him to confess. Ultimately he does go to Catholic confession, but all he confesses is that he kissed a girl, neglected to declare $900 on his taxes, and was a crappy father. The audience knows that he is holding something back, he's repeatedly referred to something he did in the Korean war. A few scenes later, Clint gives his real confession to the young neighbor boy after he locks him in the cellar to prevent him from taking vengeance. Both confessional scenes are shot the same way, even though the location is different, through the confessional screen and through the screen he has put on the door to keep the boy in the basement. Well written, well acted, and well directed.