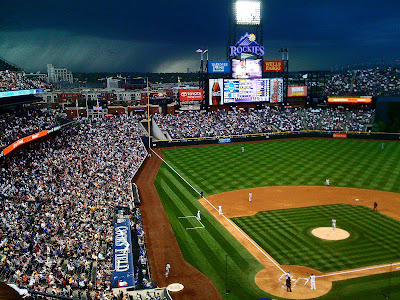 The Rockies fought both a storm and the Dodgers tonight, finally pulling off a big win at home against Los Angeles, 11-3. Aaron Cook had 6.1 strong innings with only one earned run. Kuroda took the loss for LA, giving up 5 runs in 4 scant innings.