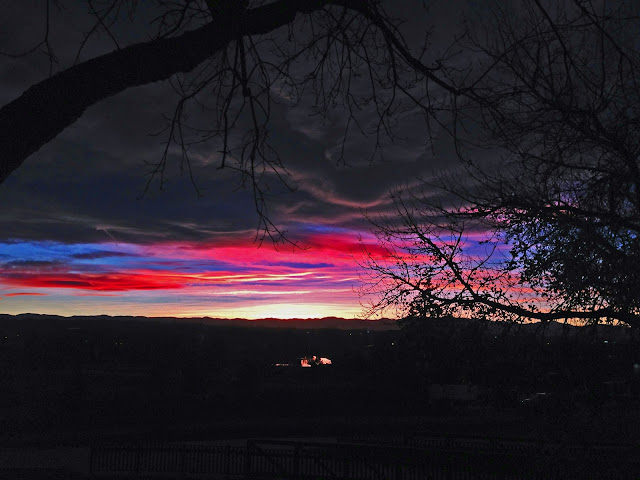 Another Birthday happened to me yesterday (January 4th), and this time it was a big one; I joined AARP. Some people write Christmas letters, some people write year-end blog posts; I generally write my reflections at Thanksgiving. However, this year I waited for my birthday, as it was such a big one.

In addition to the last digit on my age's odometer rolling over, yesterday was also the 8th anniversary of the day I awakened from a two-week coma. I have written about that a couple of times before on my blog here and again here, so I won't bore you. It is also the 20th anniversary of teaching my first class at the university level. (I taught my first section of 310/508 at USC in Spring, 1993.)

Overall it was a very good year for me. The highlight was undoubtedly when I won an Emmy for producing a documentary that aired on the local PBS station.  My fall semester teaching was one of the best I have ever had; it was an exceptionally good group of hardworking students. My move to Denver was a very good change for me, even though I took a huge pay cut to come here. I am the happiest I have been since before I moved to Los Angeles, which was exactly 27 years ago today. Having a perfectly suited wife and a loving dog help a lot. And living in a city that is truly beautiful makes a huge difference. That photo above is the view from our patio.

I got to return to some musical roots with a concert here featuring my good friend Ray Zepeda, which was an emotional highlight of the year for me. Unfortunately, there are still many unfinished things in my life right now, partly because this is the middle of an academic year. Hopefully I will have even more good news within a few months. But for now, I am very happy and thankful to be alive and to be where I am.

Oh, a few other landmarks. I passed 28,500 hits on my blog. I passed 2800 friends on Facebook. And I spent most of my evening thanking the 380+ friends who posted on my wall for my birthday. (Although I should wonder why the other 85% of you could not find the time to post!)