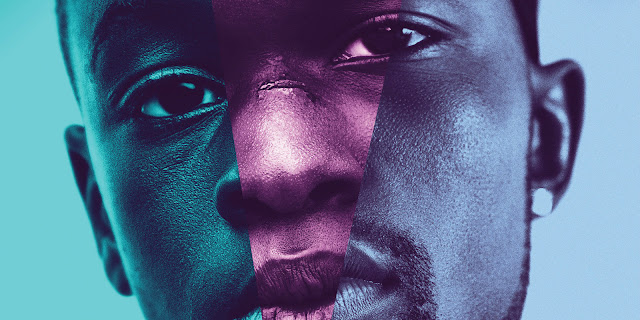 I have not yet seen Fences. It just became available for purchase on iTunes and I expect to view it this week and update this post.

Of the other eight nominees, here are my short reviews, ranked from eighth to first. I liked all of them a lot. However, since they are up for Oscars, I still have to be critical.

8) Hacksaw Ridge
Hacksaw Ridge is an almost instantly forgettable war film. It's based on an interesting true story, and I like Andrew Garfield, but the film is far too Hollywood and the script is extremely predictable. The film also overstays its welcome by taking far too long to get where it is going. It's worth seeing, but it is not Oscar material in my opinion.

7) Arrival
I know a lot of people really loved Arrival. I did too. But it has a lot of problems. From a science fiction standpoint, little in the film makes any sense. And what makes it worse for me is that the film looks like a low budget film. Here we have an event that is about to change the world, and we have what feels like four or five speaking roles in the entire film. Except for a few news shots, I don't think any scene has more than half a dozen people in it. The filmmakers created a very closed universe for a film which is about opening up the universe to the audience. The visual effects were effective, but they were deliberately murky much of the time, and I kept thinking of the old Outer Limits series, where that was a budgetary choice and not a creative choice. It's a very good film, but I don't think it should have been nominated for Best Picture. What I did like was the fact that they made the film about communication, and that humanity had to learn to work together to overcome challenges. Even without an alien visit, we need to learn to do that now.

6) La La Land
I really liked La La Land a lot, but it is a severely flawed film. I'm not sure why they made the main character a jazz musician, because nothing he plays is anything like what he claims to like. He claims to worship Thelonious Monk but I don't think there is a minor second anywhere in the film. I agree with the criticism of whitewashing in the film, which Kareem Abdul Jabbar wrote about much more eloquently than I could in The Hollywood Reporter here: http://www.hollywoodreporter.com/news/kareem-abdul-jabbar-how-la-la-land-misleads-race-romance-jazz-975786. Although the two leads did sing their vocals live, neither of them is good enough to maintain musical interest, and the dancing is kind of lame. The songs are forgettable. However, when the film does work, it works extremely well. The dance scene shot overlooking the valley at sunset is gorgeous. I know many people think this film is favored to sweep the awards, but it is not worthy in my opinion. In 2011 the Academy gave Best Picture to The Artist. Although I loved that film a lot, I think the worst thing the academy could do right now is give the award to another nostalgia film. It's the equivalent of Hollywood giving the Oscar to itself. There are several other films that are far more worthy, and that will stand the test of time better than The Artist or La La Land.

5) Manchester By the Sea
I know a lot of people really loved this movie, and I liked it a lot as well, but I think since I grew up only a few miles from where the movie is set, it was not as involving, as I know too many people like the characters in the movie. In fact, one of the first shots in the film is of the gas station my family went to in my hometown. Maybe it was too close to home for me, literally. I did like the acting and the script. What I did not like was the ending, where the film just stops. I had this complaint about a number of films this year. You don't need to tie up every thread in the film, but I need to know what I am supposed to take away from the film, and I really took nothing with me after the film was over.

4) Hell or High Water
In any other year, Hell or High Water might have been best picture. The move fires on all cylinders. The script and acting are excellent. This film certainly has me looking forward to more by the same filmmakers. But for me, there were several other films that mattered more than this one.

3) Lion
We are now getting into territory where it is harder and harder to delineate excellence. Lion is an outstanding piece of filmmaking with several amazing performances. I hope a lot of Americans see this film so that they are reminded how much worse their lives might have been if they had been born into the abject poverty that the main character was. My only real criticism of the film is that the last third of it is fairly predictable, by-the-numbers Hollywood screenwriting, when the fist two thirds felt completely fresh. Nonetheless, I highly recommend this film to everyone.

2) Hidden Figures
Hidden Figures is far from perfect, but I found it one of the most emotionally involving films of the year. The first act of the film is written a little sloppily, but once it gets underway, the film really grabs the viewer. This film is also guilty of whitewashing, as the Kevin Costner character did not really exist in real life, but the studio insisted that there be a bankable (meaning white) star for the film. The acting was really outstanding. In addition, this film fills in some important Afrincan-American history that has not been widely known. And the film is about science, which is something that is being overlooked nationally right now.

1) Moonlight
Moonlight is in a class by itself. I sincerely hope it wins. Like many of the other films I enjoyed this year, the film is important socially. The main character is a closeted gay boy that we see in three periods of his life. I think most people have no understanding of how difficult it is to be black or to be gay in America now, and this movie tackles both very well. Also in terms of filmmaking, they pulled off the impossible. If you write a script with different actors playing the same character, you are likely to be told the script is unmakeable. It is very, very hard to pull off performance continuity, especially when one of the actors is fairly young. But this film does it very well. I cannot recommend the film highly enough.